Written by Capt. Noah on Thursday, 30 May 2013. Posted in Tourist Info 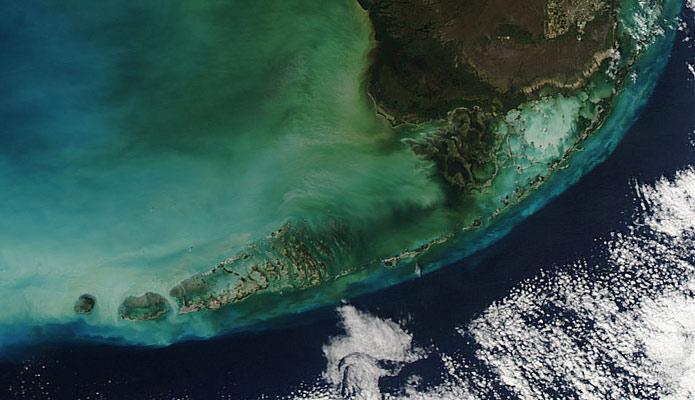 A coral cay archipelago, the Florida Keys is the exposed portions of an ancient reef and they consist of small islands and cays beginning at the south-eastern tip of the Florida Peninsula. About fifteen miles from Miami, the Keys protrude in a gentle arc southward before turning westward towards inhabited Key West. From there they extend to the furthermost key which is the uninhabited Dry Tortugas. They define one edge of Florida Bay and lie along the Florida Straits, effectively dividing the Atlantic Ocean to the east and the Gulf of Mexico to the west. Both bodies of water are world-famous for the most spectacular big game fishing happening anywhere on the planet – and you can experience the adventure on our Florida Keys Fishing Charters.

The major industries in the Florida Keys are tourism and fishing. Upland forests, inland wetlands and shorelines make up the natural habitat; which is why tourists visit them in their thousands. Unique ecosystems are thriving, wildlife is protected and there are many conservation parks and botanical gardens. Fishing is phenomenally popular in the Florida Keys. Most locals go out to sea regularly and the abundance of a diverse number of sought-after fish brings visitors in large numbers. Anglers from all over the world dream of the opportunities these waters offer, and many of them make it a reality.

Key West is the most populous city in the Florida Keys. Anglers wishing to experience the city life go there to charter a boat and head out to sea. The Gulf Stream current passes close to shore and the Gulf of Mexico is also nearby. The fishing is explosive in Key West, but there are other keys that are considered veritable fishing hotspots as well. Marathon is well-known as being one of the best places to catch fish in Florida, but Islamorada is the place to be if you want to take advantage of the biggest fishing opportunities, particularly for swordfish and sailfish.

The continental shelf drops very steeply on the Atlantic Ocean side, whereas it is more gradual in the Gulf of Mexico. There are deep underwater canyons, ocean trenches, coral reefs, seamounts and other landmass structures on either side; but if you are on the eastern keys you do not need to travel as far. These are the places where you find big game fish feeding on prey that hides there. The Gulf Stream current is a migratory route used by all the sports fish in these waters and it passes close to the eastern coast of the Florida Keys.

We recommend those in Key Largo take the twenty minute drive to Islamorada. There are nicer boats there and the fishing is generally better. Regardless of which keys you are visiting, you will always be able to catch the world’s most exhilarating fish. Depending on where your are, you may have to take a short drive to reach the best fishing spots or travel a little further by boat to reach the most promising fishing grounds.

Contact us to book your Florida Keys Fishing Charter and exhilarate in the sheer diversity available.

Noah is a United States Coast Guard licensed captain and PADI divemaster. He grew up in South Florida and has a passion for all things involving water. He is one of the rare bread of boaters who loves sailing and power boating. Noah sails competitvely and enjoys travelling, photography, and cooking.